WHY JOIN LIC As Agent?

Life Insurance Corporation of India (LIC) the largest life insurerand only Government owned insurance company in India, was started in the year 1956. LIC has its Head Office in Mumbai and functions with 8 Zonal Offices, 113 Divisional Offices, 2048 Branch Offices with 1346 Satellite Offices and 1242 Mini Offices across the country besides 7 subsidiary companies and overseas operations in 13 countries, and is manned by 1.20 lakh Employees. As a trusted brand, our asset values are more than 18 lakh crores with more than 3000 offices spread across the country and almost 30 crores satisfied and happy policy holders.

LIC is pride of India, Come join us to be a part of……… 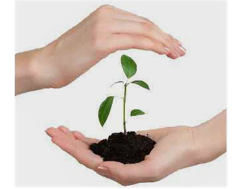 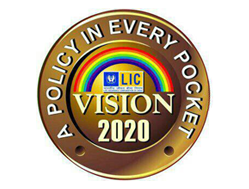 Every day we wake up to the fact that more than 300 million lives are part of our family called LIC.

Qualities You Should Possess

Since our LIC policies are government guaranteed, becoming an LIC agent has the stamp of government approval and there are a set of qualities that we look for in an agent for this all important task. Thesequalities make LIC agents successful and below are some of them.

The future of an LIC agent is very promising and bright. Unlike traditional jobs with fixed incomes, LIC agents do not have a cap on the kind of money they can eventually earn. Being associated with a government agency, also gives the job credibility and status, and agents are looked upon with much respect. An LIC agent can consider himself as an entrepreneur without the added risks associated with running a business all on his own.

LIC is the leader in the life Insurance sector with the largest number of policies in the world i.e., we are serving more than 30 crore Customers (Only 4 countries in the World, whose population is more than LIC's Customer base). LIC holds the World record in settlement of Claims. LIC's estimated Asset value is more than Rs.18 lakh crores and Life Fund more than Rs.16 lakh crores. LIC is the most trusted brand in India and has been one of the pioneering organizations in India who introduced the leverage of Information Technology in servicing and in their business. We have gone in for relevant and appropriate technology over the years.

LIC has tied up with major Banks and Service providers to offer On-line premium collection facilities. It has given its policyholders a unique facility to make Online premium payment on LIC website, www.licindia.in through Internet absolutely free with the help of Net Banking Facility of 50 major Banks and its Credit / Debit cards and American Express credit cards and also view their policy details on Internet premium payments. Premium can be paid through various Banks like City Bank, HDFC, ICICI, Federal Bank, Corporation Bank, Axis Bank, LIC Credit Cards and through Service Providers – Bill Desk and Tech process which cover almost all other banks throughout the country. Banks are allowed to collect the premiums through ATM.

LIC's Customer Zones have been conceptualized as a "ONE STOP RESOLUTION" for all servicing needs of Phone-in & Walk-in customers with special emphasis on quality experience for the customer. LIC as a part of its Corporate Social Responsibility, formed a Trust called "GOLDEN JUBILEE FOUNDATION" in the year 2006, with the objective of promoting education, health, relief of poverty or distress and advancement of other objects of general public utility. As on date LIC has put in a Corpus of Rs.90 crores towards LIC Golden Jubilee Foundation and the interest earned on its distributed for various charitable purposes.

LIC is also ranked among "TOP 10 MOST TRUSTED SERVICE BRANDS IN INDIA" and was voted as No.1 Most Trusted Insurance Brand in the ET Brand Equity – Neilsen Survey-2013.